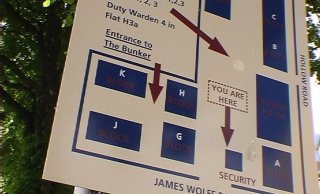 Upon arrival at the Halls of Residence of Oxford Brookes University we were surprised to see that “The Bunker” was clearly marked on the site map. 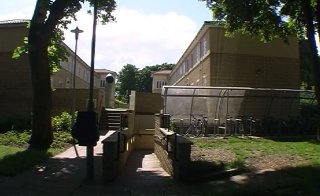 The original building has been well integrated into the new development, with just the top level removed. Access to the bunker is down a slope and through what would have been the emergency exit. 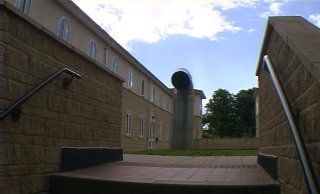 An external air vent gives an indication of underground activity! 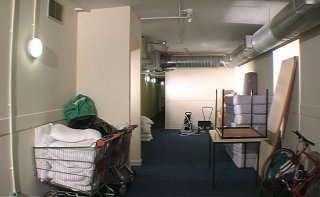 Going through the main doors, you enter the area that was originally the male and female dormitories. These have been removed to give one larger room. The corridor seen in the background originally ran all the way through the bunker. The building is now used mainly for storage, and mattresses and tables can be seen. 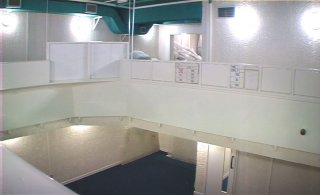 Going through a door to the left, you enter the gallery of the control room. 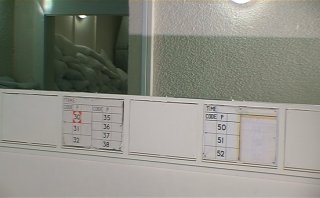 The original tote boards remain, but sadly all but three sides have been painted over. 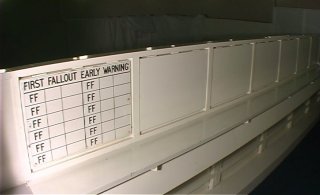 We had hoped that the tote boards might still swivel round, but upon closer inspection they had all been screwed down. 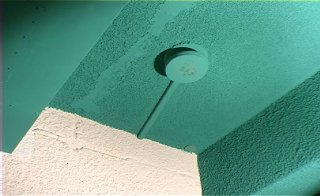 To the rear of the control room there is still evidence of the instruments used in every HQ and Post. Here, the hole for the probe of the Fixed Survey Meter can been seen. 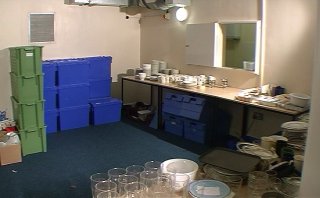 Moving through into the canteen there is lots of crockery and cutlery, but not from the ROC days. 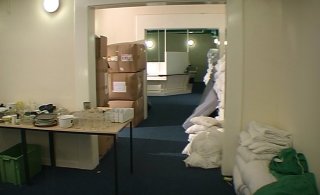 Looking back towards the control room, you can see where the walls have been knocked through to allow greater access. 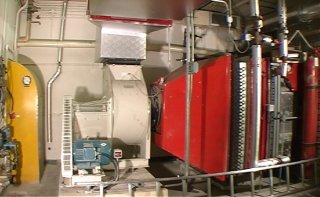 Although the ventilation equipment is all still in working order, it is generally not used due to the noise! 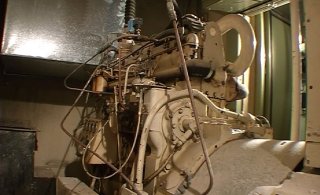 The standby generator is still in situ, possibly due to the cost of removing it. 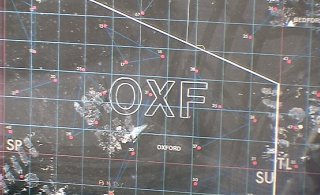 A couple of artefacts remain, but most items went during the conversion work. A big foot print shows how carefully things were treated! 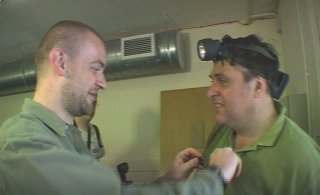 Nick Catford gave us a “guided tour” of the bunker so we wouldn’t miss anything!
See his report on the Subterranea Britannica site, click here.

Nick’s full unedited tour is on the Tocsin Bang DVD.