“We were all on first name terms, there was that friendliness during the war when you got onto a bus and you sat next somebody and you were chatting away as if you had known them for years, the war time brought people together especially in Lincoln, so it wasn’t all bad.” 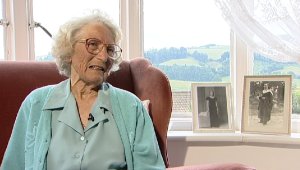 “We in the city were half starved definitely, and the trouble was my Mum was an invalid and she could not go up into town. We were on the outskirts, she couldn’t go into town and go off into the great long queues where ever there was perhaps an orange to be had, there was a queue and she couldn’t do it and I was busy so we had a very lean time I’ll tell you… bread and margarine mostly, but we survived, I was down to about 7 stone I think by the end of the war…” 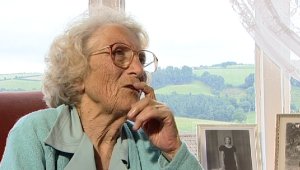 “I remember Lincoln high street… looking up and it was just a sea of RAF blue because we had so many RAF stations around us, and they all came into Lincoln you see when they had time off, oh it was fine for us girls…. but not so good for the boys who had to go out every night in planes, but you know nobody ever grumbled… I never heard anybody grumble or anything, we were just in it together and we were determined to win and that was it…” 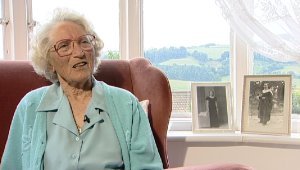 “If there was a lot of aircraft to be plotted you hadn’t time to think, you just got on with the job, and a job I loved but in quiet times you probably had quite a conversation with people on the Posts, because they’d be bored anyway…. but being in Lincolnshire we nearly always had plenty of activity!” 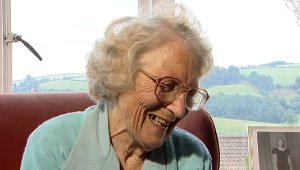