“When you plugged in [the headphones] you just got in touch with your Post to make sure that you know that at the hand over there was never any second between one going out and the next one coming in, so immediately you went in you rang up your Post people, shall we say, I’ll phone 1 2 3 and 4 and wait for their reply so that you know you were in contact with who you were supposed to be in contact with, and as I said my first time in was when I had another three Posts on top of that, which again is not bad if you are not very busy, but if you are…! But I loved it.” 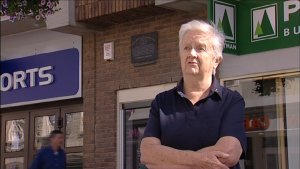 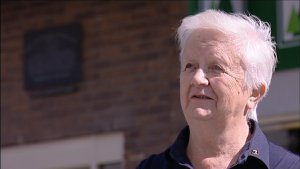 “I knew I was coming up to the age of 18 and always had an interest, that if I had to join something, I would join the RAF rather than any of the other services, and I think being in the Royal Observer Corps, being I must say interested in aircraft, though we were in the Ops Room we didn’t have to learn recognition like the people of on the Post, but it did help when you were plotting to know, I know it sounds funny these days, how fast an aircraft went, so that you could hand over quite easily to next people and watch the aircraft advancing through the table…

“It was very enjoyable and the company was good as well, but the one thing I didn’t like shall I say was the smoking habit of people in those days, and I think it was the first 5 minutes or 10 minutes of each hour people were allowed to smoke, and five to the hour all cigarettes were put on the table and the matches and everything so they could light up the minute the clock got up to 24 hundred or whatever it was and they could smoke!”