“I was very keen on aircraft, had been since I was about 10 years old, because we lived near Hendon Aerodrome, and also my father was in the Air Force in the First World War, so I wanted to do… when I was getting to eighteen I wanted to do something to do with aircraft and my Father’s friend was in the Observer Corps at a Post quite near by, so I went for it, the only thing was the people on that Post didn’t want women, so I went to the Centre the Ops Room at Watford, which was about 10 miles away, and I joined there.” 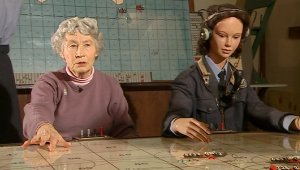 “There were two brothers on the St Albans post who ran a great big restaurant in St. Albans, its still there the Waterend Barn, and there was one who was a Director of a big timber company which was in St. Albans, somebody was an office worker I can’t remember all of the others but some of them had jobs which to me were just jobs but the interesting ones…! The ones who had the restaurant I’d remember because they would come down if one of them was coming on duty he would bring down steak and chips from the restaurant which was marvellous in those days…. we had that off rations!” 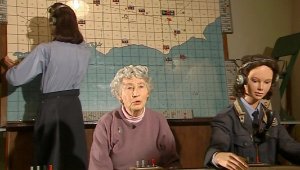 “I wanted to go onto the Posts to plot aeroplanes, spot aircraft, because that was one of the reasons I joined, so as soon as there was a vacancy on a Post they let me go out upto to one near St. Albans, and I was on full time there so that was lovely. Sometimes I came back it depended on the movements of people … I cannot remember why, I cannot find it in my diary why I did come back to the Operations Room at times and do duties but then I was out on the Post again. I was out there quite well on and off to the end of the war…” 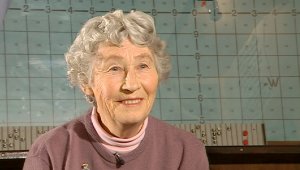