The Orlit posts, used until approximately 1965, were designed to replace the wartime structures that had been demolished or returned to peacetime uses. This example at Newhaven Fort was moved from its original location by members of the Royal Observer Corps Association keen to preserve it. 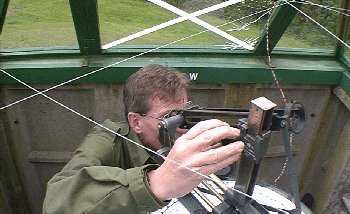 Sightings were taken using the “Post Instrument” which gave the Observer a grid position, height and direction of an aircraft. 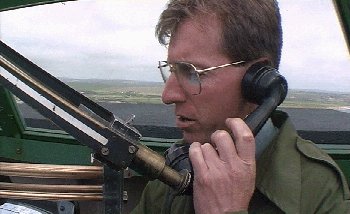 This information was then passed to the Group’s Control. 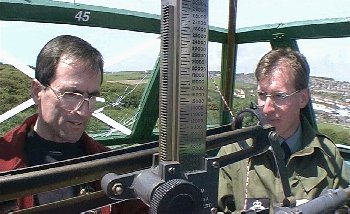 The Open Day was a chance for many ex-Observers to meet and discuss their ROC service. 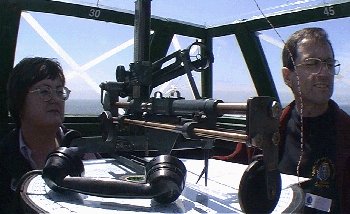 Here, Malcolm and Diane Sayers discuss the “above ground” observation role with Steve Ashdown (who set up the communications system for the day).