“At school I had been in the Air Training Corps. I was keen on this, and learnt a lot of aircraft recognition, went to RAF Stations, and really wanted to join the Royal Air Force. I was studying in London for a couple of years and I decided to join the Royal Observer Corps at Watford, and I was a part time member doing two 8 hour shifts at week. One was an eight hour nightshift on Wednesdays and I attended College in the morning, did the nightshift, and then went back to college.

“And then at weekends I did a weekend day shift as well. I got to know the people at the control room quite well, and found that the Royal Observer Corps were doing a marvellous job in the war effort, very active of course and one was conscious of the Royal Air Force aircraft and the enemy because we saw it all happening on the table in front of us….” 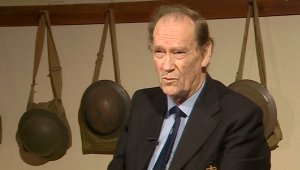 “Many, many Posts were on the top of buildings in towns, something like about 10 or 12 miles apart during the war just plus or minus a bit that sort of thing, and very often a field was chosen and a wooden hut was put up which the men made very comfortable and added too, and one plotted at ground level in the field….. “ 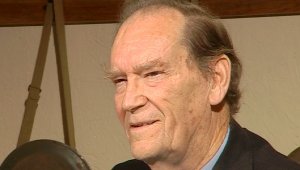 “When I got to the Operations Room, at the beginning, I sat down by the table myself…. first I sat up where the people were at the top to see what was going on, it was a night duty the first one and by the end of that night I had sat by the side of a Plotter and watched what was happening and cottoned-on to what it all was… After about 3 weeks one was quite confident at that really, one was keen, we were keen, all of us were keen, and the job was so important so you tried to do it, and it did go well.” 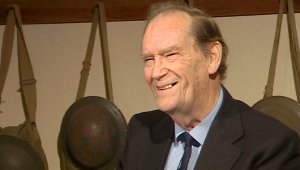 “People chatted in a very friendly way with the other Posts in their Cluster, and also with the Ops Room Plotters, on, for example, a dark, dark night when nothing was flying over Southern England at all…. but the job was taken very seriously though there was a happy informality when there was nothing doing…. but when the job was on it was a job.”